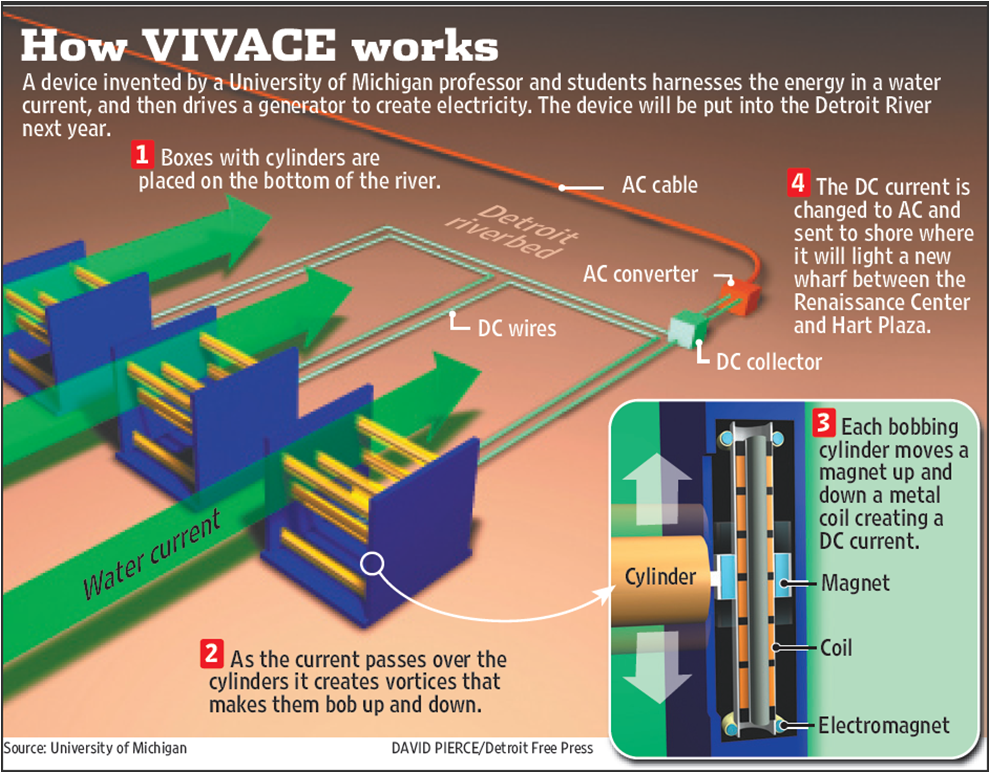 Past research and development has resulted in the development of a device that is capable of harnessing this natural power of VIV in a controllable manner, resulting in generation of clean and renewable electric power in an environmentally compatible way. VIVACE can be placed in a river or ocean current to extract energy from moving water. This converter is unlike any existing technology, as it does not use turbines, propellers, or dams. VIVACE converts the horizontal hydrokinetic energy of currents into cylinder mechanical energy. The latter is then converted to electricity through electric power generators. Cylinder oscillations are rather slow – about a cycle/sec – creating no direct physical threat to fish.

Vortex Induced Vibration (VIV) is an extensively studied phenomenon where vortices are formed and shed on the downstream side of bluff bodies (rounded objects) in a fluid current. The vortex shedding alternates from one side of a body to the other, thereby creating a pressure imbalance resulting in an oscillatory lift. 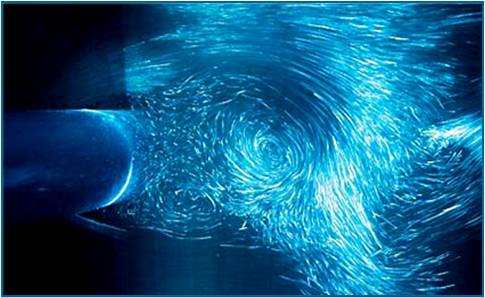 The picture on the right displays a laser induced fluorescent visual representation of a vortex shedding on a VIVACE cylinder. This photo was taken at the University of Michigan MRELab. Photo Courtesy of Don Boroughs (www.donboroughs.com)